In quest of a smoother ride.

[email protected] said:
I agree with everything you said. I could have written it myself. Almost. Except the part about low profile tires riding better. If undamped travel in high profile tire causes ride deterioration, then shouldn't lower inflation pressures in a given tire size also ride worse? That increases undamped travel as well. Isn't this why tires are pneumatic and not solid in the first place? If undamped travel causes a worse ride, wouldn't solid tires with no give provide the best ride.? Don't think so. Are low-profile tires ruining your ride?

, In my Particular case I did not notice any deterioration in handling with slightly lower rear tire pressures. Had I a skid pad handy or even some nice tight curvy roads to push hard on around here to make comparisons , I might have been able to to discern a difference.
Also, using less air at the lightly loaded rear is an old autocrosser's trick to reduce understeer in front heavy cars, though in that case pressure is added at both ends, just a lot more at the front.
That's why I did not reduce air at the front much.
Yes. it will increase wear at the back but likely still nowhere near the wear rate of the heavily loaded front end. Tires need rotated less often?
Fuel economy will be worse. I need to make real world comparisons there, to see if I can live with the difference. I could except 1mpg less but probably not 2.

I should have done a better job of evaluating the car before purchase. Based on reviews and my short test rides on relatively smooth roads, I expected it to ride and handle in a similar manner to my 2016 Golf or 2014 3. I was smitten by its good looks and quiet, attractive cabin.
It rides a little worse than the old 3. A lot worse than the Golf. It handles slower than either.

OK on yours. Ours 2015 M3 Grand Touring 225/45/18 very stock. Not as smooth on our potholes and repair mounds at 70 mph as our old 929 with full tire pressure (or handle as well). BUT remember real drivers LIKE road feel. Low profile tires are more sensitive to suspension design. Good road feel may save you life some day.

I know, apples and oranges, just having a little fun here.


Hope that helps with my "real driver" bonafides Wolfe.
G

Wolfe said:
OK on yours. Ours 2015 M3 Grand Touring 225/45/18 very stock. Not as smooth on our potholes and repair mounds at 70 mph as our old 929 with full tire pressure (or handle as well). BUT remember real drivers LIKE road feel. Low profile tires are more sensitive to suspension design. Good road feel may save you life some day.
Click to expand...

All other things being equal, I can see the taller sidewall helping but I would think lots of other variables play a part as well. What is the specific tire you got good results with?

Joined Jun 18, 2016
·
6,213 Posts
The overall difference in the sidewall height between those two size tires is a whopping .2". Not enough to make a big difference. Tire construction plays a bigger role - carcass rigidity, sidewall stiffness or whatever.

[email protected] said:
Not a bad idea.
As a matter of habit, I used to bump a tire size every time as the originals wore out. I will do it in this case in the unlikely event I keep the car into a second set of tires.
Then again, I might replace them early if they get noisy with a bit of tread wear as low profile tires often do.
Click to expand...

Yes, you can put 225s on....
Will it improve any noise problem? Not necessarily. Thats a function of tire design more than tire size.

Joined 1 mo ago
·
9 Posts
My 2021 M3 hatch has 18" BRIDGESTONE TURANZA EL440 on it and I'm finding them a bit harsh. Any recommendations on a replacement 18 with more comfortable ride? I've found the following Vredestein QUATRAC PRO on Tire-rack website. Anyone has tried them? Are they really more comfortable?

Joined Mar 19, 2019
·
433 Posts
Wow, looks like stock tires are crummy and expensive....
I am not familiar with the Vredestine Brand. If you buy those things please report back if they are worthy of those ratings.

Joined Oct 7, 2012
·
15 Posts
I replaced the standard Turanzas with Continental Extreme Contact DWS 06's in 225/45-18, and they are night and day different than the stock tires. MUCH quieter, and I can take corners at 20mph faster than I could with the stock tires. And while the overall sidewall increase is negligible, is does help make the ride a tad smoother. But once in a while I may hit a bump that feels harsher than it did with the stock tires (maybe I should check my tire pressure)

Joined 1 mo ago
·
9 Posts
I just ordered Goodyear Assurance ComfortDrive tires in 225. These are new and supposedly even quieter than Bridgestone QuietTrack that If you go here and sort by comfort, are on top. Here is a comparison review.

I'll have them installed next week and let you know how it goes.

Joined 1 mo ago
·
11 Posts
That would be great Saman...let's us know the difference.

Joined 1 mo ago
·
9 Posts
I just go my Goodyear Assurance ComfortDrive tires installed. Not sure if it's a placebo effect, but the ride feels significantly smoother over potholes and the road noise is almost non-existent on smooth highways. I think the handling feels about the same. Overall the ride on the new tires does feel more luxurious like driving an Audi A3 (versus feeling like driving a VW GTI on old tires). I highly recommend this tire if you want the absolute comfort. Below is a photo I took: 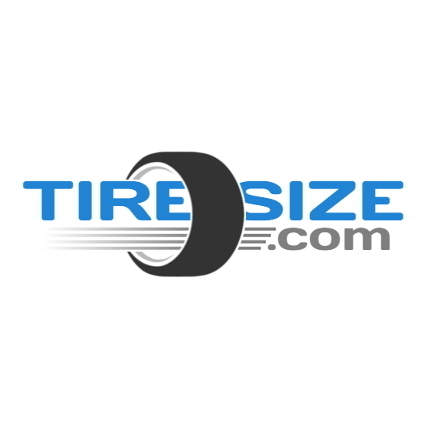